Welcome to Howard Orthotics and Prosthetics

In 2008, Jerry Vecchio had a tragic accident while riding his motorcycle. One year later, after facing numerous complications, he was faced with an unavoidable decision to amputate his left leg below the knee. A very active person before the accident, he knew his life would now be changed forever, but he would never imagine how he would take this tragedy to improve his overall health, and in a roundabout way, even improve it.

Working with Roger Howard, he was fitted with a new prosthetic leg – and subsequent adjustments. Jerry attests that Roger was “there for him, every step of the way.” Yet things were not all great…he had become less active, and his weight was over 300 pounds. Motivated by his son Hunter, who gave him a daily dose of encouragement to regain his overall health and nutrition, Jerry signed up for Star Spangled Crossfit, and became addicted. Over the course of many months, countless hours working out, Jerry has lost and amazing 110 pounds, and is just as active as ever, and back working with his family at Blue Mountain Spring Water.

Two years after the accident, he feels as if he has gained a new lease on life and is excited for what the future holds. 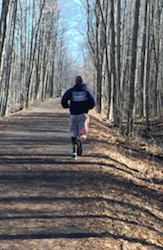 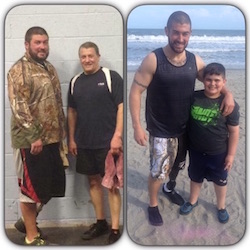 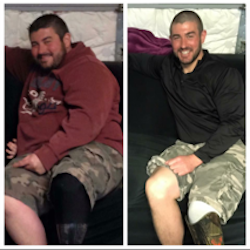 Call to make an appointment